Man, 60, gets dental drill bit lodged in lungs for FOUR DAYS after inhaling it while getting a filling – before medics remove it using device normally reserved for detecting lung cancer

A maintenance worker was left with a dental drill bit stuck in his lungs for four days after accidentally swallowing it.

Tom Jozsi, 60, was having a filling at a surgery in Illinois when he suddenly felt ‘a cough’.

Scans revealed the 0.8-inch metal bit had gone down his airways and lodged near the bottom of his right lung after it detached from an instrument.

Doctors considered surgery involving cutting out part of the lung to extract the object before it damaged surrounding tissue.

But experts at Aurora Medical Center-Kenosha, in neighboring Wisconsin, instead used a catheter, normally used for detecting lung cancer, to take it out. 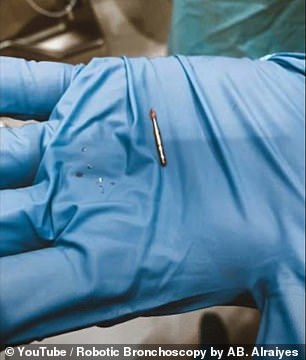 The dental drill bit was stuck in a patient for four days after it was swallowed during a dental filling procedure in Illinois. Left, the drill bit inside the lung, and right, after removal 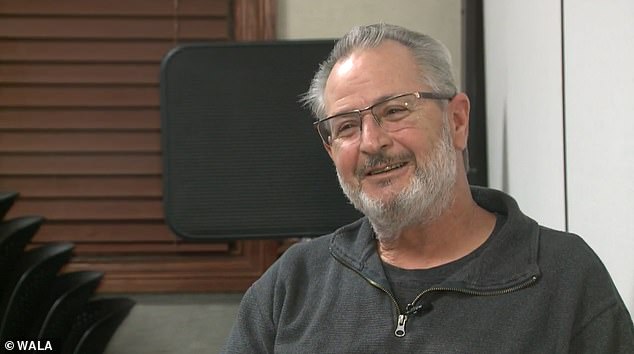 Tom Jozsi, 60, a maintenance worker, said the drill bit was stuck in his lungs for four days before it was removed by doctors. He only felt ‘a cough’ when he swallowed it 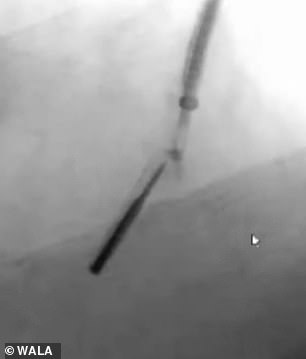 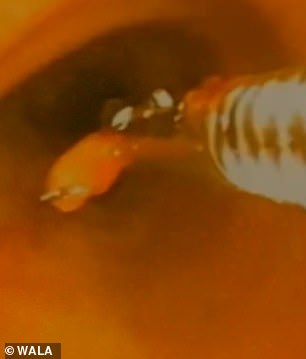 Doctors initially thought surgery would be needed to remove the drill bit, but then decided to use a catheter (left) normally reserved for cancer patients. Pictured right is the drill bit being pulled from the lungs 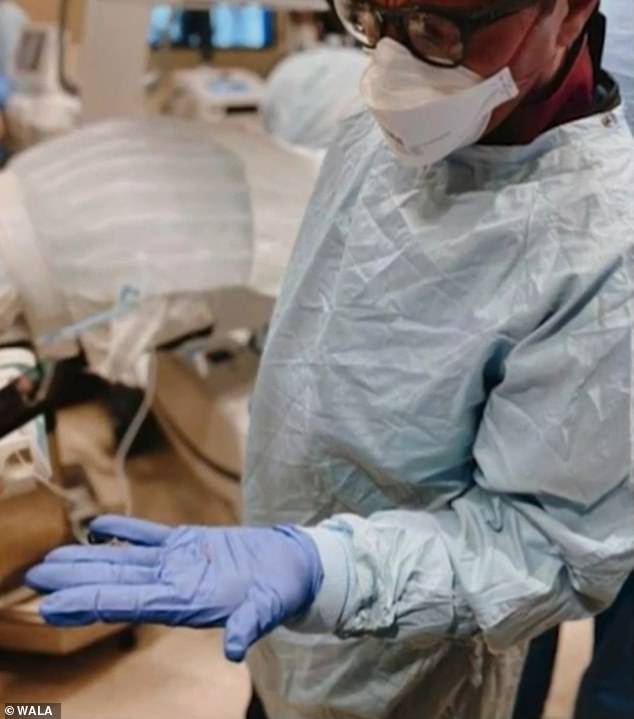 Jozsi said he was ‘never so happy in my life’ as when the drill was removed. Pictured above is Dr Abdul Alraiyes, a lung specialist who carried out the procedure, holding the drill bit

Woman, 47, has surgery after dental screwdriver gets wedged in her intestine

A 47-year-old woman was left needing surgery in 2014 after accidentally swallowing a dental screwdriver.

Case reports reveal she was getting dental implants fitted when it went down her throat.

Her dentist advised it would eventually come out in her feces.

But two months later she was in the operating theatre after it became stuck in her colon, or large intestine.

‘I didn’t really even feel it going down. All I felt was a cough,’ Jozsi told KFVS.

Doctors said the drill went so deep because Jozsi inhaled.

The patient was initially told the only way to remove it was to cut out the piece of lung that it was lodged in.

‘I was asked, what happens if he can’t get it out?,’ Jozsi said.

‘And really, the answer was that part of my lung was going to have to get removed.’

But Dr Abdul Alraiyes, a lung specialist at the Kenosha medical center, instead used a device normally reserved for cancer patients.

Video of the procedure shows a specialist catheter being sent down the airways to the object.

It then grasps it before carrying the drill piece out without harming the patient.

Jozsi said when he realized the drill had been removed he was ‘never so happy in my life’.

‘I opened my eyes and I saw him with a smile under that mask, shaking a little plastic container that had the tool in it,’ he said.

Scientifically termed an ion robot, the catheter used is normally only available for searching the lungs of cancer patients. 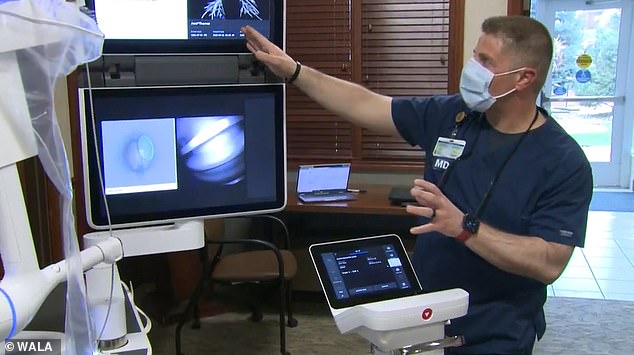 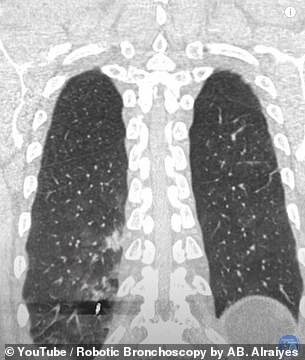 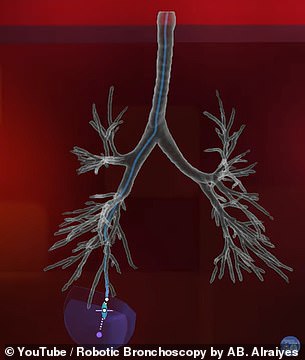 Alraiyes said he decided to use the device because its small size meant it could reach the object without the need for surgery.

He revealed doctors in Ohio and Michigan had already been in touch to say they too had near-identical cases of patients swallowing dental drill bits.

Jozsi’s drill bit is now kept on a shelf in his home, he said.

You might be possibly brushing your enamel with poop particles: dentist

Psychological well being strategies: Symptoms that you are emotionally exhausted how to cope | Wellbeing

3 days ago Vee
We use cookies on our website to give you the most relevant experience by remembering your preferences and repeat visits. By clicking “Accept All”, you consent to the use of ALL the cookies. However, you may visit "Cookie Settings" to provide a controlled consent.
Cookie SettingsAccept All
Manage consent